A potential client contacted O’Kane Global Sourcing to see if we might make the entire process of outsourcing their sewing job in Asia a lot easier and less expensive. This client had tried to work directly with three different sewing contractors in China, but were left frustrated, behind schedule and also wasted a considerable amount of money in the process. Their original plan to go direct to a China sewing contractor to save money failed miserably.
Here’s what went wrong and why:

1. They based their first China sewing contractor selection solely on price:

China and other Asian sewing factories and contractors are known for quoting very low prices initially to get the prospects’ attention and to get them committed. Once the project begins the Asian sewing contractor will slowly began to “nickel and dime” the client for things that were initially thought to be included.

China sewing contractors (not all) will also find ways to cheapen the product cost (materials and labor/workmanship) during the process to get the cost down to the point where a profit can be made. Disreputable China factories will not communicate these changes to you and you’ll only discover the changes after you’ve paid in full and when you open the container door!

Price should be just one aspect of your decision making process when selecting an outsourcing sewing factory…equally important are quality, service, communication and TRUST. Trying to squeeze those last few cents from the Asian sewing factory won’t look like such a good idea when the entire project shows up at your dock looking nothing like you expected.

O’Kane Global Sourcing does not compete on price alone. Sure, it’s very important but it should never be your only criteria. Quality workmanship, quality control, factory visits, material inspections, great customer service and having experienced and competent staff costs money, but in the final analysis they truly do end up saving you both time and money.

2. The second China sewing contractor was selected for their fast turnaround:

Guess what…GOOD China and other Asian sewing contractors ARE BUSY! There’s a very good reason for the quick lead-time; they have no business. That should have been a red flag.

We’ve been sourcing in Asia for more than a decade, and during that time we have established a strong network of diversified Asian sewing contractors that we use frequently. We have glove factories in China…bag factories in China, Taiwan and in Vietnam….lingerie factories…factories that make sporting goods and accessories and factories that specialize in industrial sewing projects. Simply put, we have the experience and local knowledge that can only come from years of sourcing custom sewing jobs in China and throughout Asia.

After a while it becomes awkward and tiresome to wake up in the middle of the night to take/or make a call to the Asian sewing contractor. You must be very precise in your language and be certain to not use any slang terms or figures of speech. Try asking a China sewing factory for a “ballpark” price!

Another issue is that most Chinese sewing factories that claim to have English speaking employees have most often just passed a very basic English proficiency exam and are much better at understanding the written word than at hearing and speaking it. Especially if you factor in the many different accents we Americans can have…think Boston, the south or New Orleans.

O’Kane Global Sourcing maintains a Hong Kong buying office that is staffed with 5 Chinese workers who are truly proficient at speaking and writing both Chinese and English. This gives us a tremendous advantage when negotiating pricing, resolving or avoiding issues and in communicating effectively with our North American client base.

When we officially were asked to take on this custom sewing job, the client passed along the latest factory that he had been speaking with about his project (his third attempt). He gave us the contact name and factory address and suggested we might want to use this factory. We investigated…the factory does not even exist! The contact was just a dishonest middleman who was posing as the factory owner!

We found the perfect China sewing contractor to produce this project. It required specialized materials, machinery and expertise. We met his target price…developed his retail packaging and then handled all ocean freight, tariffs, customs clearances, cargo insurance and successfully delivered the project on time. The client never had to speak with anyone but our US-bases staff – and never in the middle of the night!

Please contact us for immediate consultation regarding your outsourcing project.

What You Need to Know 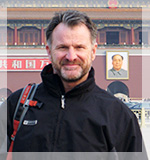 Outsource Your Sewing Needs to Trusted Contractors in China
Please contact us for immediate consultation regarding your outsourcing project.